What are the fastest hybrid cars?

The technology is in a continue development and the hybrid cars are more and more popular.

Even if these cars use an electric engine powered by a high capacity battery, along with regular diesel or petrol motor, the performances can be impressive. 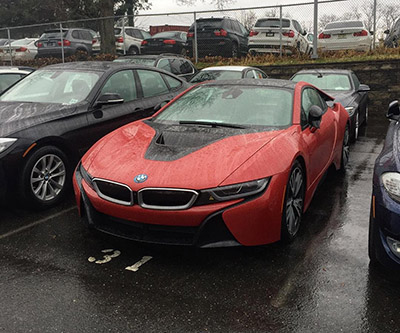 The luxurious roadster from Ferrari is surprisingly a hybrid car an has a top speed of 350 km/h. Of course, the fuel consumption is high but this car is all about luxury and speed.

The Regera is a powerful roadster with an incredible top speed of 410 km/h but is still a hybrid luxury car. The Estimated fuel consumption for this car is of only about 15 liters/100 km.

The Audi A8 2.0 with 245 HP delivers a top speed of 235 km/h, while the Audi A8 combined fuel consumption is of 6.2 liters per 100km. These stats might not be impressive, but in the city, with heavy traffic around, the car will consume a lot less because of the electrical engine which will save a lot of fuel.

Another car with an impressive 340 HP is a hybrid car designed by the germans from BMW with a top speed of 250 km/h. Even if it’s an executive car with powerful engine, the BMW ActiveHybrid is still a hybrid car and has great fuel consumption when used in combination with the electrical engine.

Probably the best hybrid car, the BMW i8 has a top speed of 250 km/h and an estimated fuel consumption of only 3.1 liter/100 km. These characteristcs make from the i8 a luxury car and one of the fastest hybrid cars.

Another car with a top speed of 250km/h is the Lexus GS 450h which comes with an estimated fuel consumption of 9.1 liters/100km. The car has higher fuel consumption but while the electrical engine kicks in the consumption goes to 0.

The future is of electrical, hybrid or hydrogen cars and these great cars presented here are only the pioneers of the new technologies developed by the car manufacturers. Most of these cars come with higher prices but in long term it worth’s to have one.