The Latest Status of the Legendary Tire

At last week's Monaco Grand Prix, Mercedes was perhaps one of the most baffled teams on the grid. This was because they gave a disappointing performance despite a pilot duo like Lewis Hamilton and Valtteri Bottas. Although Lewis Hamilton did his best on the track, he was disappointed at the end of the race as a result of the wrong pit stop strategy of the Mercedes team. But if anyone was sadder than Lewis Hamilton, it was teammate Valtteri Bottas. He was performing quite well until he pitted on the thirtieth lap of the race. However, this situation changed as soon as the vehicle stopped in the pit. While everything was going normally, the panic around the right front tire suddenly drew all the attention there. The tire could not be removed after many attempts. As a result, Bottas was unable to continue and was tragically out of the race. 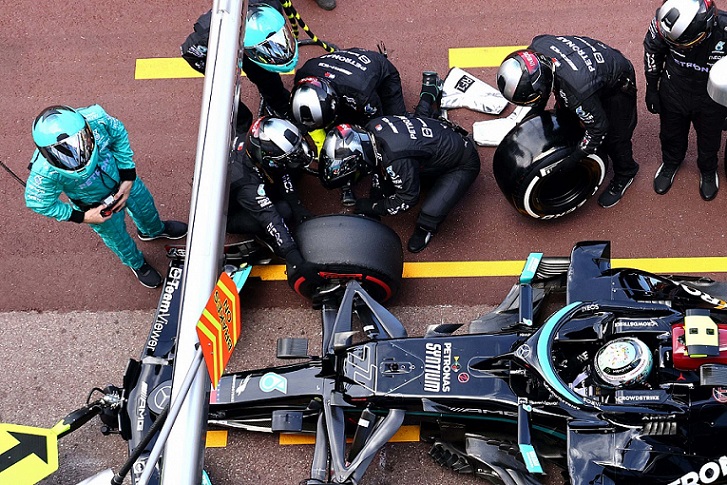 Most of us thought that this problem could be easily fixed right after the race. However, according to the statements, this is not the case at all. It was said that the wheel bolt in the middle of the vehicle's tire was worn during the pit crew's attempts to remove it, and the metal surface did not allow the standard removal of the tire. So, the tire is still on the vehicle as it is! In the statement made by the Mercedes team, it was stated that removing the tire on the vehicle had become too complicated to be an easy process and the vehicle had to be sent to the Mercedes team factory. It is already a matter of curiosity what kind of precautions Mercedes will take to avoid such a problem again.