The History of AMG

More than 50 years ago, the AMG Company emerged from the extreme passion for quality engines and motorsports. 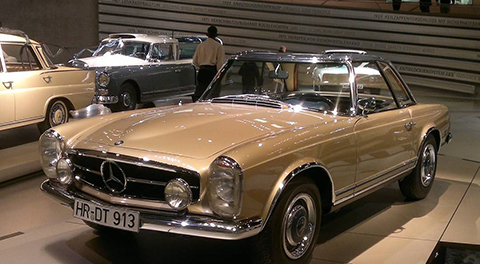 What does AMG stands for?

The AMG is acronym for Aufrecht, Melcher and Großaspach. The first two are passioned engineers wich started a brand that lead to a global name in the industry.

Who are the founders of AMG?

Even if the two man designed and build powerful and quality engines, their headquarters was located in a small mill in Burgstall. Tough, the performance that these AMG engines were producing became a must have for most of the racing teams back in the late ’60 and  early ’70.

The first milestone for AMG

When we talk about AMG we talk about the street car equipped with a high power and performance engine. That’s why, in 1971, during the race of 24 Hours of Spa, the Mercedes 300, equipped with a 300 SEL 6.8 AMG engine won the race for its class and became the second best in overall. In those days, a big sedan power by a powerful engine was not good enough for racing. That’s why when the Mercedes AMG won the race everybody start talking about it and the name of AMG became a worldwide brand in terms of engines.

During the ’70 and ’80 the team from Mercedes AMG started to equip more and even better engines. As well, they become to customize such engines to fit their customers, a totally new idea in the industry of powerful cars.

With the support of Daimler-Benz, the AMG racecar was the creation of both companies and of course, with an AMG car. It came up as winner car in 50 DTM races and makes it one of the best race cars in history.

In 1990, the Mercedes-Benz signed a contract of collaboration with the AMG and the products signed as Mercedes-AMG were sold through the companies branches all over the world. This was an immense boost for the AMG products and it brings a piece of the race car down on the streets.

The Mercedes-AMG GmbH is one of the biggest employers in the industry with 1500 people working for the Affalterbach plant. Due to its professionalism, precision and efficiency of the company, every Mercedes-Benz AMG is an outstanding car with great performance and quality.

Delivering great success over the history and creating impressive and quality cars the AMG brands stands of as quality and performance vehicle manufacturer.