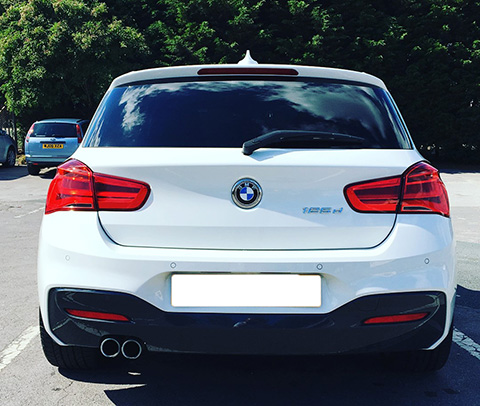 There are 8 variations of engines in this series with different powers, fuel type and fuel consumptions. These variations are 116d, 116i, 118d, 118i, 120d, 120i, 125d, 125i – with 4 running on diesel and 4 on petrol. Rather powerful engines for their size and using the latest technologies for 2018, these motors have the emission standard EURO 6b, which translated means lower emissions for each and every BMW 1 series car and model.

Regardless of the engine equipped, the BMW 1 Series can be equipped with the Steptronic (automatic gearbox). More than that, the cars are rather fuels efficient, with the BMW 125i having the highest consumption of only 8.7 liters/100km - 33 MPG (UK) - 27 MPG (US).

While the BMW 1 series is a medium hatchback it has good storage values. The trunk volume is of 360 liters and a loading capacity is 490 kg. As well the car can withhold a rood load of 75 kg.

For all of these variations of 1 series the wheel drive is located at the rear.

In conclusion, the 1 series from BMW has a rich offer of engines that can produce good power, with maximum top speed of 243 km/h (125i). As well, the BMW 1 series real fuel consumption is acceptable and the utility volumes are good.