Story of the Seat Belt

When it comes to driver and passenger safety, the seat belt is the first thing that people think of. This small but important piece in your car has managed to become what it is, after a long development process. If there are questions such as, "Who Invented the Seat Belt?" and "How Has the Seat Belt Developed?" in your mind, we will try to find answers to your questions with our story of the seat belt article.

Who Invented the Seat Belt?

The invention of the seat belt came into our life years after the invention of the first automobile. People used cars without seat belts for a long time after the invention of the automobile. However, this situation changed in 1903. French inventor named Gustave Liebau invented the first two-pointed seat belt for cars. While the first prototypes were being produced, the logic behind it was to ensure that the passengers inside the car were not harmed during the accident. Although the production was very successful when the production was completed, automobile companies vetoed this idea as it would increase the cost of automobile production. Therefore, although seat belts were successful as a prototype, they did not find a place in mass production cars, and this idea lost its popularity for a while. 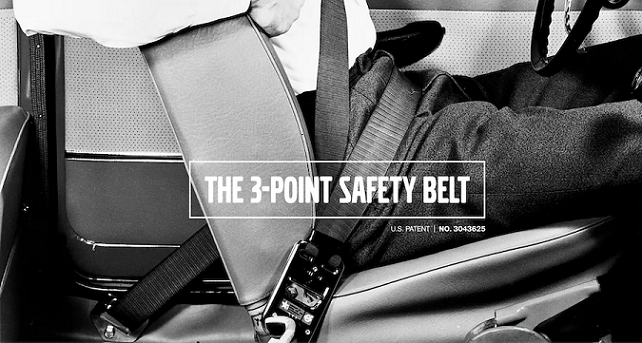 How Has the Seat Belt Developed?

Although the seat belt was invented in 1903, it began to be widely used in automobiles in the late 50s. In the 20s, most of the American doctors started using seat belts in their vehicles, and this situation started to cause serious public pressure to have seat belts in cars. In 1953, the Colorado State Medical Association issued a legal statement for the use of seat belts in cars. Two years later, the California Vehicle Code made it mandatory to wear seat belts to drive. Upon these developments, in 1956, the Swedish car manufacturer Volvo introduced the two-point diagonal seat belt as an option in its cars. The same brand added a two-point cross-seat belt locking system the following year, making the seat belt system even more secure. 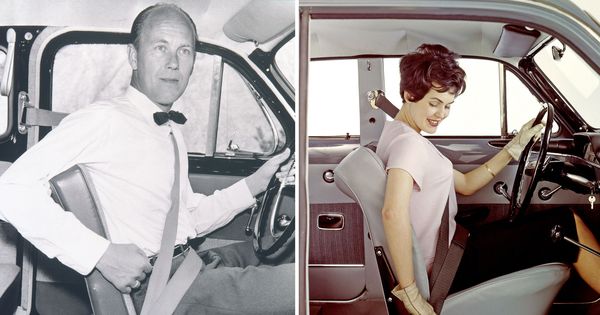 In 1958, Nils Bohlin, who worked as an engineer at the Volvo factory in Sweden, created the system known as the three-point seat belt and later this system was patented. Volvo has made one of the biggest contributions to driving safety, paving the way for the widespread use of this system with a type of patent, called an open patent, meaning that anyone can use the design for free. The birth of the system that is used today and that saves many people's lives started in this way.