As one of the benchmark brands of the automotive world, Mercedes-Benz constantly attracts attention. When this situation is combined with the renewed technical capacity of today's world and the limitless imagination of human beings, unusual results can occur. Mercedes AMG One is a hyper car project born as a result of the combination we are talking about and created by Mercedes performance department AMG. Although we have seen some new hyper car moves from brands such as Bugatti in recent years, Mercedes was a brand that kept its silence for a while. However, with the AMG One, this silence seems to be broken by a rather serious challenge. There it is Mercedes AMG One! 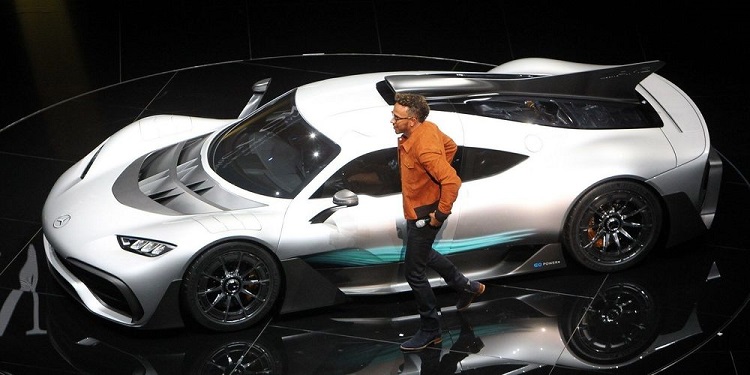 The AMG One project, which was first introduced to the public at the Frankfurt Motor Show in 2017, set off with the dreams of many brands involved in motor sports. To transfer the superior performance of racing vehicles to road vehicles perfectly! Mercedes has tackled one of its most successful areas in this regard and aimed to successfully integrate Formula 1 technology into the new project it will create. Considering the concrete developments, we have witnessed since 2017, we can say that they are taking firm steps towards their goals. Particularly, the value that the Mercedes brand attaches to the project and the direct participation of a unique pilot such as Lewis Hamilton are very important details.

The design of the car was created by two important names such as Gordon Wagener and Hartmut Sinkwitz. Especially the design details of the outer body provide important information about the performance and internal structure of the vehicle. Although it is not significantly different from a standard car in general, many details, especially the spoiler at the rear, are aerodynamically important. In other words, we can say that the design is based on aerodynamic efficiency rather than ostentation. 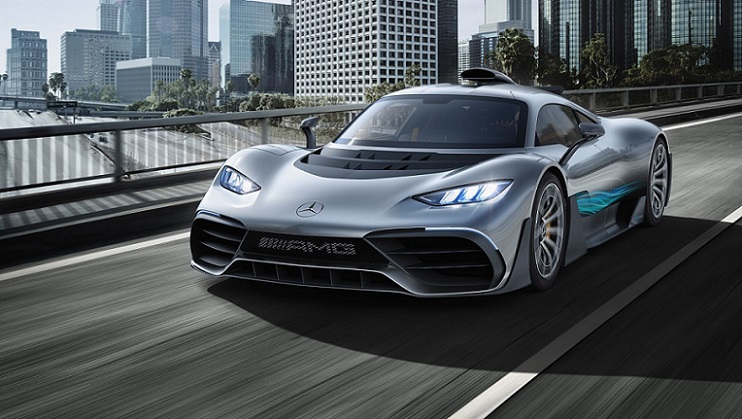 While some of the details we mentioned above offer a touch of Formula 1, they seem to be ideal modifications to take the performance to the top. First of all, the tail extension, which is one of the most striking parts at the rear of the vehicle, is an important detail. This long and sharp tail piece enhances the vehicle's handling while at the same time maximizing its performance in corners. The air intake in the roof section, which has an integrated design with this part, helps to cool the engine located at the rear. 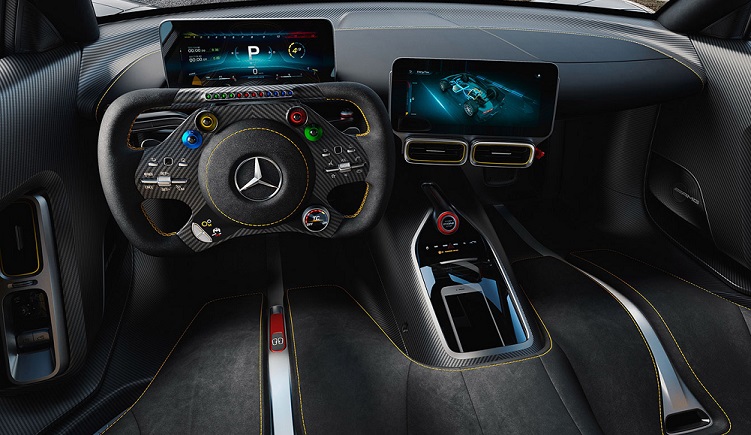 The dynamic fins at the front play a role in the regulation of the air flow over the car and contribute to the grip by directly affecting the downforce of the vehicle. The same can be said for the sharp aerodynamic details on the bonnet. Finally, the dynamic spoiler at the rear is automatically positioned according to the speed and air flow of the vehicle, contributing positively to the performance. 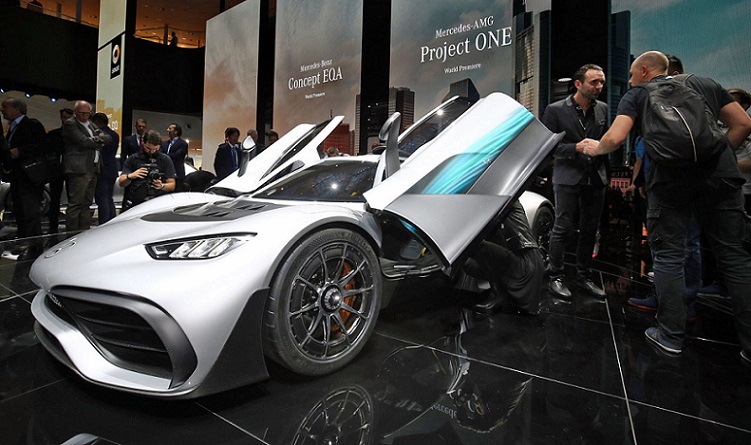 In addition to the aerodynamic details mentioned above, we can say that the car looks very stylish. While the horizontal LED headlights at the front create a harmonious aesthetic concept without disturbing the general character of the vehicle, the door design, also known as Butterfly Doors, carries traces of the vehicle's luxurious roots. If we look at the interior design, we see a simple and functional cabin layout that is far from pretentious. This situation can be perceived as the car being a road car, but not breaking away from its racing roots.

The car embodies many technical innovations, and it seems that it will successfully achieve the most important goal of the brand, which is to bring Formula 1 technology to the roads. At this point, the first feature we will mention may be the power source. The heart of the car is a 1.6-liter V6 turbocharged engine featured in Mercedes' W07 F1 and modified for the AMG One project. After the restrictive modifications applied to adapt the emission and speed values ​​to the road version, the engine still produces significant power. The road life determined for the engine is 50,000 km. According to some, this number seems to be small, but there is not a lot of people who will use a limited number of cars as an ordinary daily car, which will be produced only 274 units and sold with a price tag of 2.7 million dollars. 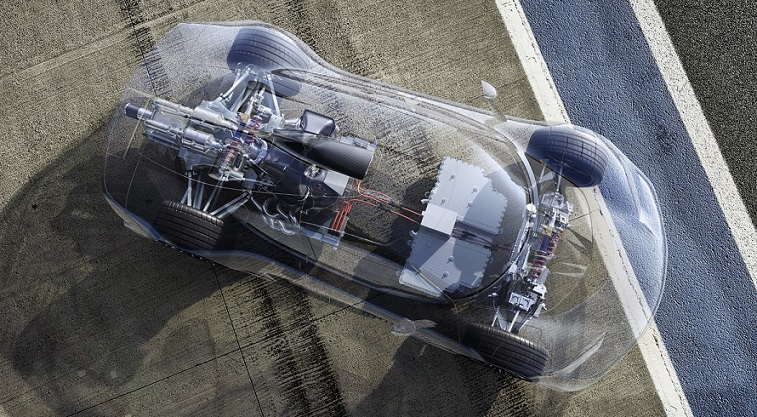 In addition to the 1.6-liter engine, the AMG One has four electric motors. In other words, the automobile can also benefit from hybrid and electrical energy. Two of these engines are located on the tires at the front and two on the engine. Although the front engines with a capacity of 160 HP and the 121 HP rear engines cannot produce much power compared to the gasoline engine, they offer electric driving in any emergency or optionally at a limited distance. 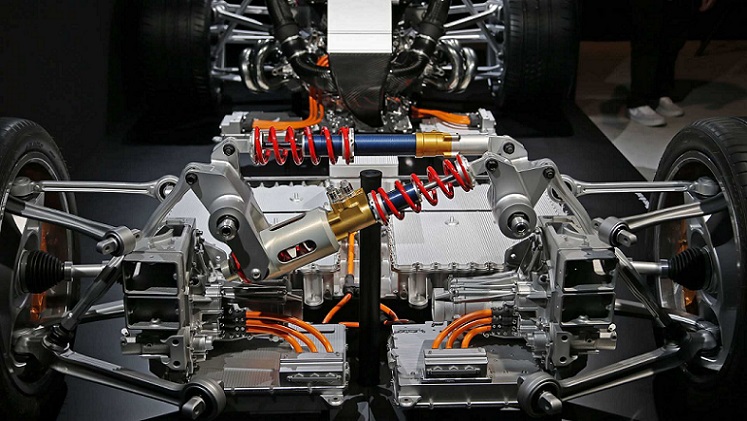 When we take a closer look at the suspension system of the vehicle, another detail taken from Formula 1 vehicles stands out. This detail is the Push-Rod suspension technology we are used to from racing vehicles. This suspension structure, which is added to the car, pulls the sports performance of the vehicle to the top and prevents the vehicle from oversteering even in sudden and hard direction changes. Thus, the AMG One becomes a balanced car with high handling. 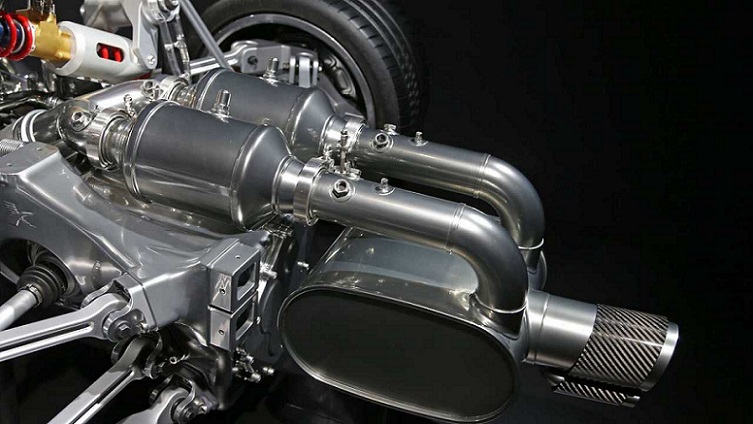 If we look at the Mercedes AMG One in general, the semi-electric and high-performance engine structure, the aerodynamically perfect body design and the technical infrastructure that can offer you the adrenaline you want to live on the roads every week in accordance with the law are quite interesting. Of course, although the car is not a target that everyone can reach, the creation of such a vehicle by a brand like Mercedes is an important factor in the development of the automotive world. As the last word, we can say that; The delivery of the car will begin in 2021 and undoubtedly those who own it will live a unique experience!