Mazda 3 sedan is a medium class sedan, and very popular throughout the Europe.

Very efficiet diesel and petrol engines offers a new level of performance. Mazda engineers developed an engine that produces more energy from the every liter of fuel it consumes. For example SKYACTIV 2.0 petrol engine is has very efficient fuel consumption values and the highest pressure rate (14.0:1) among the petrol engines.

Regarding the fuel consumption for the Mazda 3 Sedan, there are three engine types and four configurations available. 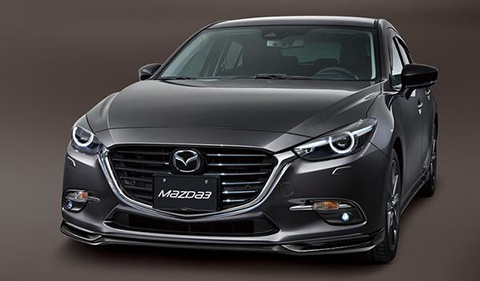 There are two configurations for this petrol engine model. Their specifications and fuel consumption values are given below:

There is only one configuration for this high performance diesel engine type of Mazda 3 sedan 2018, this powerful engined vehicle has been equipped with a manual gearbox and has 150 horse powers. According to the official numbers, this models fuel consumption values are; 3.9 lt/100km, 72 MPG (UK) – 60 MPG (US); but the real fuel consumption numbers are higher and should be; 5.7 lt/100km, 49 MPG (UK) – 41 MPG (US).

In short, the Mazda 3 Sedan 2018 have four configurations and thanks to the SKYACTIV-G and SKYACTIV-D engines, it is very efficient and economical car with considerably high performance. Developing this engine and making the Mazda 3 Sedan more economical should not be hard with a little work.