The fuel cell cars are actually cars which run with hydrogen gas which powers an electrical engine.

This type of cars uses hydrogen, which combines with oxygen, produces electricity. Basically, these cars are also electrical, but the way the electricity is created, differs a lot from the standard electric cars which use the electricity stored in their batteries.

The hydrogen electrical engine is being powered by a some fuel cells which is usually named as a cell stack. This stack can vary depending on the model and the need of power, meaning that it can sized up and even used for trucks or bigger machineries. This fuel stack creates electricity with the hydrogen available and the electrical engine transfers the power to the wheels.

One of the best features about these cars is their range. Compared to the traditional diesel or petrol engines, the fuel cells can deliver wide range autonomy, but still be environmental friendly and no emission products.

Refueling a fuel cell is similar to refueling a standard car, by using a hydrogen fuel station. The pressurized hydrogen is used and it may even take up to 10 minutes for new models.

The combination of rather wide range (300-500 km, 200-300miles) and easy to refuel (when compared to standard electrical cars) makes the fuel cell cars to  be a great option for those who are in search of a clean energy vehicles or just enjoy driving an electric one. 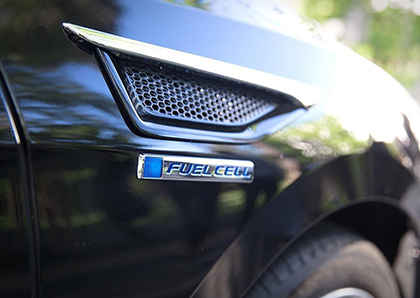 Even if, usually, the main fuel these cars use is hydrogen, it can be adapted and run with natural gas, biogas or even methanol or ethanol. These options make from the fuel cell cars one of the best when it comes to fuel flexibility in the industry.

What are the disadvantages of fuel cells cars?

One of the biggest disadvantages is the cost of production. Even if lately, there were tremendous progress in the industry regarding these technologies, is still expensive to produce the equipment needed. Probably, after 2020, these cars will be a fair choice, inexpensive.

Another disadvantage is that the hydrogen is highly flammable, so there is a higher chance for explosions.

In conclusion, the Fuel Cell cars can be great options for the industry, especially for the environment. The technology is still young, expensive, but over the years can be the perfect option for a clean environment.