The Volkswagen brand has always been the symbol of exciting steps and investments in the automotive industry. One of the most important areas that the brand has recently invested in is electric cars! Volkswagen Group aimed to make the world premiere of the car at the Frankfurt Motor Show in September 2020. However, the fair, which has cancelled due to the epidemic, destroyed Volkswagen's dreams. Although it did not make its premiere, Elon Musk's test drive gained a large place in the world press. This situation significantly increased the popularity of the car. In this article, we will examine the Volkswagen ID.3. 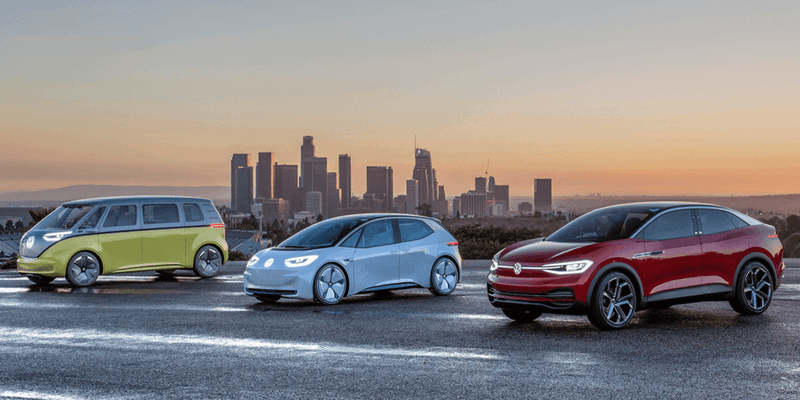 Volkswagen opened a brand-new era in the automobile world with the hatchback model vehicle Beetle, which it first launched in 1938. This car became the best-selling hatchback model car to date. At least that was until Volkswagen Golf hit the market in the following years and took over this title. As a brand with such a history, Volkswagen wants to open a new era in the automotive industry again with the ID.3 model. ID.3 is very important for both Volkswagen and the automobile world as it will be the first mass-production electric car of the German company.

Inside of Volkswagen ID.3

The ID.3 model is the first electric car to be developed on the modular MEB platform. Volkswagen has adopted the usual hatchback design for the development of this model and promises a battery pack that can range up to 550 km. Three battery packs are available, totalling 45 kWh (330km range), 58 kWh (420km range), and 77 kWh (550km range). These values calculated according to WTLP standards will show positive results in terms of consistency. Also, the battery charging process of the vehicle seems to be quite fast. With the 100-kW charging unit, enough electric energy can be filled for a range of 300 km in 30 minutes. 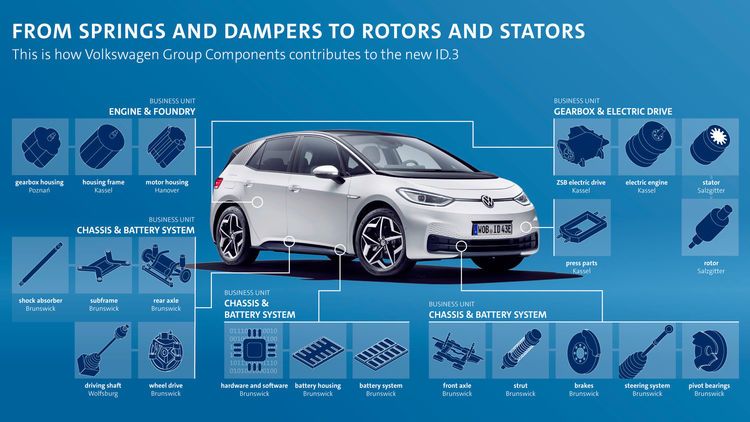 The electric motor placed on the rear axle can produce 310 Nm of torque with 204 horsepower. This fact shows that the vehicle will have a very dynamic structure. While the ID.3 can reach a maximum speed of 160 km/h, it can accelerate from 0 to 100 km/h in 7.5 seconds. Although Elon Musk criticized the vehicle's torque at high speeds in its final test drive, Volkswagen Group's chief executive, Herbert Diess, stated that the vehicle has focused on daily use, not performance. Placing the electric motor on the rear axle prevents the car from losing interior space. In addition, the high-voltage flat battery pack has positioned on the vehicle's rear axle infrastructure. ID.3 was developed on a special platform and used its space very efficiently. Volkswagen Group announced the total weight of the ID.3 as 1,719 kg. 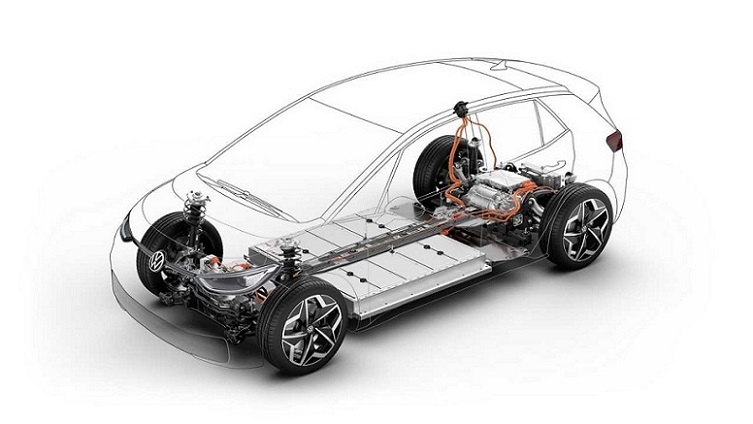 The car will be released with the launch pack called "ID.3 1st edition". The package has various equipment such as the navigation system, heated front seats and heated steering wheel, 18-inch steel wheels. If the "Plus" add-on package is added to the standard version, a parking camera, adaptive cruise control, keyless entry and start, better quality upholstery, dimming windows, matrix LED headlights and 19-inch wheels are added to the car. Finally, in the "Max" package, which is the highest level of the 1st edition, in addition to the equipment mentioned above, panoramic glass, 20-inch wheel, head-up display and Beats Audio sound system are included. It is assumed that the vehicle will not exceed 30.000 Euros in Germany.

In addition, another project that Volkswagen announced and started production is quite remarkable. The ID.4 model is planned to be the brand's first EV crossover. Volkswagen aims to produce a total of 1.5 million fully electric cars by 2025.