Everything you should know about the new 2020 Tesla Roadster

The New Tesla roadster is a promise to be an incredible electric roadster. 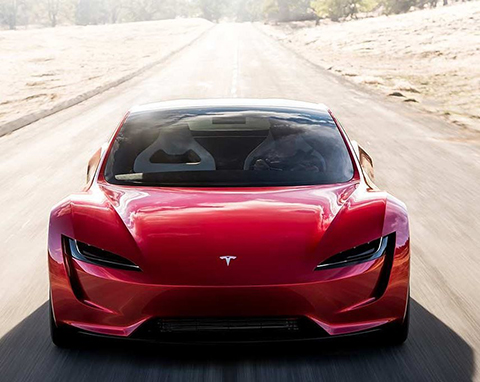 The Tesla Roadster was first launched in 2008 and had pretty decent technical specs. Now, the 2020 Tesla Roadster gives a promise of a bright future. With a top speed of 400 km/h (250 mp/h) and an acceleration of 1.96 seconds (1.9 for 0-60 mph) the new Roadster from Tesla looks to break new records in the industry. The announced torque of the car is 7376 RPM. All these stats look incredible, but when adding the fact the vehicle will be an electric one, it’s absolutely astonishing.

When compared to the exterior looks of the 2008 Tesla Roadster, the new one is absolutely spectacular. The old model looked good when released, but with the images released by the Tesla for the new model, this is a really unique, aerodynamic with a great amount of the Tesla’s trademark lines. It has a more muscular and aggressive look with a roof that is similar to the Targa.

Inside of the car the differences between the old and the new are huge. The 2008 Roadster looked rather fresh, but the 2020 model will have premium materials in the cockpit. As well, the futuristic design will probably worth all of the $200.000. With the combination of aluminum and leather it actually looks like a different car, mostly because the first edition concentrated more on the lightweight segment instead of cockpit quality.

The first Tesla Roadster started from $100.000 and preorders from $50.000 which was rather expensive for what the car had to offer. Mostly the huge price was spent on the ability of driving a fully electric roadster. The new generation has a price a starting price of $200.000 before options and even $250.000 which is more than double compared to the old model. Even if it’s an enormous price, the specs and the fact the car will be electric makes it somehow even. The first generation was sold in about 2500 pieces and probably the new one will over-achieve that in the first years.

In conclusion, the 2020 Tesla Roadster it’s technically the second generation of the car, but it will be a completely new vehicle, with extraordinary technical specs for an electrical vehicle. The car will be expensive but probably it will worth it.