Do LPG vehicles fail in winter?

When it comes to LPG or Liquefied petroleum gas, in the winter, small problems might appear, but with proper knowledge a LPG vehicle shouldn’t fail.

One of the most important issues, in the cold season, is the battery and the electrical circuits. If it’s freezing cold and the battery is rather old (or low charged, low voltage) some issues might occur. In order to avoid that, we recommend changing the battery accordingly to the car’s manual and checking it frequently. A low voltage will create more problems because of the stress the engine has to face. More than that, if forced, the oil with get tick, and cause problem on its own.

LPG in the winter

The Liquefied petroleum gas in winter, contracts, but, with the help of gasoline, the car should start normally. We recommend starting the engine, using petrol instead of gas and if possible, waiting for the engine to warm up, before switching to LPG. If that’s not an option, we strongly recommend double checking the battery, the oil and getting a high quality petrol & LPG. 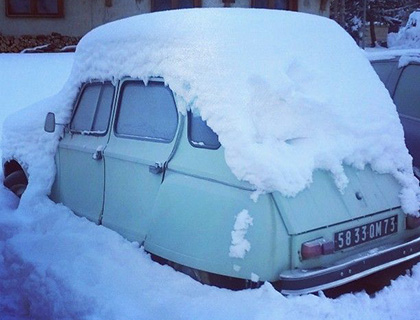 The oil in the engine, under cold weather, might get tick and cause problem on its own. It’s recommended to change the oil frequently in order to avoid that especially when it comes to freezing temperatures.

Another issue that can damage a LPG car is the quality of the fuel. We recommend getting only certified gas & gasoline to prevent damaging the engine. Also, if the temperature is below freezing, a high octane fuel should be used.

We recommend having enough petrol in the tank for a smoother start-up. In some cases, if there is not enough petrol to compensate for the cold environment, the engine will simply not start. This is one of the most common issues regarding a LPG engine. As well, if there is a low level of gasoline, it might condensate and water produced might create additional problems in starting the engine.

While most of the new generation LPG cars shouldn’t face problems, the older models might. That’s why our advice would be to always check the battery level as well as the gasoline and gas levels. Using the car according to the owner’s manual, will save a lot of time and possibly money. Always get better instead of spending more money later trying to fix it.