Even if, lately, car manufacturers concentrate on LPG, hybrid or electric, most of the cars are equipped with Diesel or Petrol engines.

The chemical reactions inside of these engines are different, but the way the engine is using the specific fuel is rather similar.

What is the difference between diesel and petrol engines?

Both fuels are being extracted from crude oil, but have different ways of refining the fuel. When we talk about petrol, it is composed of carbon molecules with value between C-1 and C-13. During Combustion, the petrol is combined with air in order to create vapors which are ignited producing power. During this process, the biggest carbon molecules C-11, C-12 and C-13, are harder to ignite, therefore about only 80% of the fuel is being burned in the combustion room initially.

The Diesel fuel is less refined, with values ranging from C-1 and C-25. Because of the chemical complexity, these engines need more compression, ignition and heat in order to burn the bigger molecules of carbon. Whatever is not being burned, it’s being evacuated throw the exhausted and can be seen as black smoke. Lately, the technologies regarding diesel engines evolved a lot, so this kind of engine become more environmental friendly and has fewer emissions. 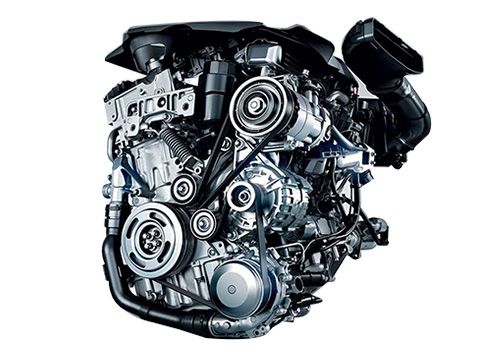 Which engine is more efficient?

The Diesel Engines are more efficient because of the fuel. The Diesel fuel has longer hydrocarbons chain in its atomic structure. That means it produces more energy than the petrol ones – about 15% more.

In conclusion, the Diesel cars are better regarding the fuel consumption, but depending on the technologies used by the manufacturers these specifications can vary a lot. In the same time, the emissions also vary depending on the model, but petrol engines probably have a higher emission rate.