In a race to get more customers’ car manufacturers designed and build numerous body types like Hatchbacks, Coupe, SUV’s etc.

In our days, there are available plenty of body styles with car manufacturers creating different models starting with Cabrio (short from Cabriolet), like the Audi A3 Cabriolet, going to bigger types such as SUV’s, like the Nissan X-Trail. 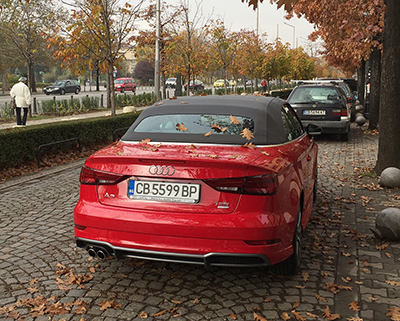 What is a Cabrio?

A cabriolet or convertible is basically a coupe that can have it’s roof removed and its being replaced with a retractable roof made usually from fabric or have a metal cover. These types of cars are usually sportive and the great feature of the retractable roof.

What is a Combi?

Combi or Station Wagon is the term used to describe a car body similar to a Sedan but has the back longer to get bigger loading capacity and a bigger trunk volume.

What is a Coupe?

A coupe is a sporty like car usually having two doors. It’s a shorter version of a standard Sedan featuring a 2+2 seat configuration with the seats in the back smaller than average. The Coupe usually has a more powerful engine than its sedan counterpart.

What is a Hatchback?

The Hatchback is a body type featuring a door which swings upward in order to provide access to the utility area.

What is a Roadster?

A Roadster is a sports car, also named as a spider or spyder. It’s typically an open two seat with great accents on the sporting appearance. First it was used in USA, but lately was imported by most of the world. A great example of a roadster car for our age is the Smart Roadster.

What is a Sedan?

The Sedan or Saloon is a car body type featuring two or four doors, a closed roof, having usually 5 seats. This is the most common body type used for the modern cars nowadays.

What is a SUV?

A SUV or a sport utility vehicle is a car body which combines the utility space of a station wagon (or a combi) with a bigger car good for heavy roads. They usually have five seats but the bigger models can customize seven seats in three rows. Typically, the SUV’s have 4x4 traction but they are not Off-Road Vehicles.

What is a Van?

The Van is a vehicle that features a big utility space or can be customized for a higher number of passengers. This kind of car usually has a bigger engine than a sedan-type but the power is channeled on the traction instead of speed.