With the release of No Time to Die, the new movie of the James Bond series, the iconic brand Aston Martin used in the movie once again increased its popularity. However, the subject of this article will be James Bond's car rather than himself. Have you ever heard the name, Lunaz? We don't know if you've heard or not, but we have a good feeling that we will hear it often from now on. That's because they've combined electricity with an icon, the Aston Martin DB6! 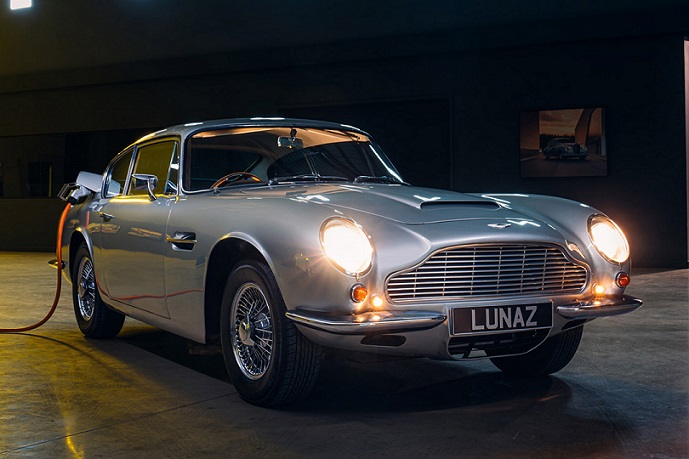 Lunaz, a UK-based company, has expertise in the integration of classic cars with electric power. The company, which stands out with its nationalist side, generally works with British-made cars. One of the most remarkable cars they worked on in this direction was the Aston Martin DB6. When we consider the technical structure of the car, we see that the focus is on the engine structure, as can be understood. An electric motor replaces the DB6's classic six-cylinder engine. During the engine change process, the electric motor is selected to perform close to the original engine so that there is no loss in the performance of the original engine of the vehicle. In addition, the infrastructure systems of the vehicle such as suspension and brakes are also overhauled in order to avoid compatibility problems with the new engine. Apart from this, there is no noticeable change in the exterior of the car. Finally, while some of the processes that can be applied on the vehicles may vary according to the demands of the customers, the old engine, which was removed from the vehicle, is kept by the company in order to preserve the originality of the car.