All about Tesla – The history of Tesla

The Tesla Company build electrical cars and it’s on a mission to change the perspective and the way electric autos are produced, tested and sold in the world.

In 2008 the first electric car to come out from the factories was the Roadster and it impressed, at the time, with its cutting edge technologies and battery.

Later on, the Tesla Model S, the first all-electric Sedan, a design of a Premium car, became a standard in the electric car’s world. It was the electrical car with the longest range and the performance and technology advances made it one of the best cars in the world. It stand a record for acceleration of only 2.28 seconds (0 – 60 Mph), really impressive for any car, especially for an electric one.

In 2015, the Model X came to life as being one of the quickest, safest with a 5 star safety ratings according to National Highway Traffic Safety Administration. 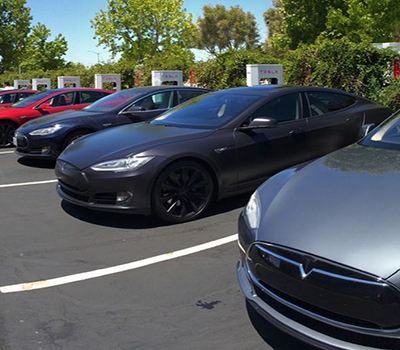 Elon Musk, the founder and owner of the company, revealed its “Secret Master Plan” with its new Tesla Model 3, the cheapest and reliable car. The production of the new Electric Model started in 2017 and the waiting list spreads up in 2018 as well.

The Tesla Company it’s not only about cars, instead, they developed new technologies for sustainable energy ecosystem. The products that they developed are addressed to home users or company that wants to adopt clean energy products.

In Gigafactory, a facility where Tesla Engineers are working to reduce the cost of battery cells and producing high volumes of lithium ion batteries.

The tesla’s vehicles are being produced in California at the Fremont factory. In this place, most of the components of the cars are also produced. While in a continue expand, the company aims for selling an staggering 500.000 cars in 2018 and the long term plans look to sell over 1.000.000 electric vehicles in the near future.

The goal of the company is to develop new technologies and create electric autos that are affordable for the big public while increasing the number of electric green cars that can lower the environmental problems that the world is facing at this time.

The Tesla is the pioneer of Electric cars and due to the great ambitions of its founder, Elon Musk, will probably create even better technologies and develop new electrical cars as never seen before.