A Preview of the 2021 Mercedes-Benz C-Class

The C-Class, one of the iconic models of the German automaker Mercedes-Benz, welcomes the year 2021 with a new design! Days before the release of the new generation Mercedes-Benz C-Class, some details of the new design of the car, which were camouflaged by spy decals, began to emerge. So, what awaits us with the new generation? In our article, we will talk about what we expect and forecast from the next-generation C-Class.

In recent years, automobile brands, which have entered a renewal process, aim to create a fresher model inventory by including some popular models in this renewal process. Mercedes also stands out as one of the brands that are advancing this renewal process dynamically. One of the biggest examples of this is the C-Class, which is prepared to appear with its renewed design and which we see on the streets of Germany with its current design camouflaged.

When we look at the design of the car at this stage, it cannot be said that it has experienced many radical changes. Unlike other brands, Mercedes seems to want to strengthen the existing structure by making minor changes on the solid foundation it has. Although we cannot make a detailed examination due to the camouflage on the front, there is no change in the grille design. We can deduct from the overall lines that it will be a more minimal but also dynamic front section. 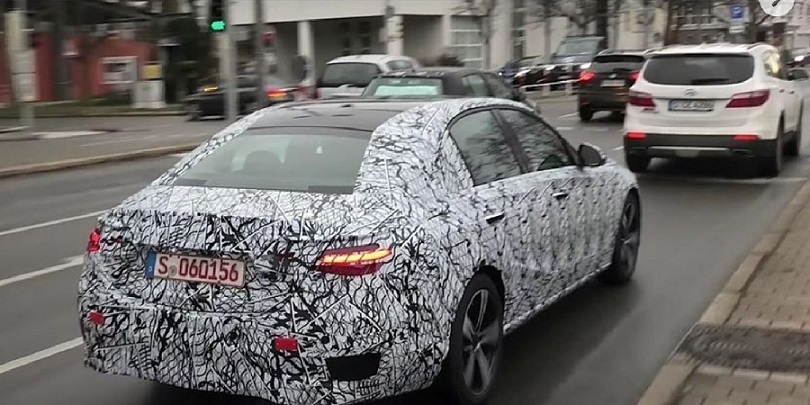 Apart from that, although there is not much change in the maintenance of the body lines, there is a possibility that the taillights and detail layout at the rear will be overhauled. If we need to give a general idea about the taillights, we can say that much wider and horizontal taillights are used in the new generation C-Class. Also, we predict it will look more sportive and aggressive. Although there is not much change in terms of exterior design, it is among the leaked information that the interior design will be overhauled.

Wanting to make a new start by getting rid of the cabin layout used in previous generations, Mercedes will use all its technological facilities to develop the new generation C-Class. The cabin will be made effective in terms of usage by switching to touch panels instead of old-fashioned key control mechanisms in the cabin. Although we do not have any visuals about the interior design, we are sure that it will reflect the Mercedes-Benz quality perfectly.